Hybrid cars and law enforcement may not sound like natural partners, but change may be on the horizon. While some police departments already make use of Toyota Priuses and Chevy Volts, these models are employed primarily for basic duties—namely, nothing that could reasonably be deemed ‘badass.’

This isn’t your typical hybrid car: it’s beefed up with all the necessary police protections in order to keep its drivers from being skewered or shot through its bullet-proof doors and anti-stab plates.

This sleek new model also boasts the title of being the first hybrid police car to be “pursuit-rated,” a distinction awarded by the Michigan State Police that more or less means the car is tough enough to accelerate quickly and jump over curbs to chase bad guys.

For most police activity however, hybrids just make sense. When they’re not engaged in dramatic shoot-outs or high-speed chases, policemen and policewomen are often idling–staking out criminals, lying in wait for speeders, eating donuts, etc.—so having a car that recharges during these times is definitely a win for everyone. With an EPA-estimate 38 mpg (compared to 18 mpg for Ford’s standard Interceptor model), patrols can expect less time spent at the pump and more time on, well, patrol. In fact, Ford estimates police forces will save nearly $4,000 per car on fuel costs every year.

But the hybrid won’t be replacing the entire fleet just yet.

Ford’s website notes that the Responder isn’t big or heavy enough to withstand a 75 mph rear impact, and recommends one of their other, non-hybrid models for more intense, high-speed scenarios. So while the Responder packs a punch, it looks like we’re still a long way from the day when all police cars can go green.

If you’re skeptical of that day ever coming, take heart that Ford knows the industry well. It’s been in the police-car game since 1950 and is responsible for two out of every three American police vehicles on the road today. Ford’s willingness to throw its weight behind a hybrid model says big things about the future of the fuzz.

All Images Courtesy of the Ford Motor Company 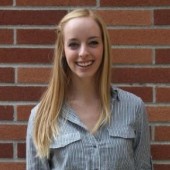 Zoë is a writer and editor interested in tech, history, and human behavior. Her hobbies include petting strangers’ dogs, offering unsolicited running criticism through major motion pictures, and attempting to anticipate how UC Berkeley’s sports teams will disappoint her this year.